The International Alliance of Women (IAW) has, from the beginning, been dedicated to Justice. It appears on our banner and our symbol is Justitia with her scale.

The original Declaration of Principles was signed in 1902 by Susan B. Anthony, Carrie Chapman Catt, Gudrun Drewsen, Vida Goldstein, Carolina Huidorro, Florence Fenwick Miller, Antonie Stolle, and Emmy Evald, among others. It says: “That the refusal to recognize women as individual members of society, entitled to the right of self-government, has resulted in social, legal, and economical injustice to them, and has intensified the existing economic disturbances throughout the world;” The founding women thought then that the ballot would be the solution.

Achieving equal representation and equal rights-equal responsibilities were the next strategy to end injustice. And, indeed, in the 1950s and 60s a lot of unjust laws were changed. 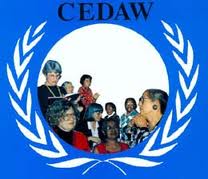 Many women thought that the United Nations human rights treaties, the Civil and Political Rights and the Social and Cultural Rights Conventions, would remedy the wrongs still experienced by women. However, it was as if they were written for men only, and so women, and IAW, pushed for their own treaty to end continuing inequality: CEDAW, the Convention on the Elimination of All Forms of Discrimination Against Women, adopted by the UN in 1979, and its optional protocol. This gave women the right to complain individually or collectively for non-compliance with the Convention. Again, the CEDAW Convention led to changing more unjust laws.

In 1993 the Vienna Declaration confirmed that Women’s Rights are Human Rights.  IAW was very active at both the government and the NGO level in achieving this.

Meanwhile, the idea of ‘gender’ gained ground. In the Platform for Action of Beijing, the outcome document of the 4th World Women’s Conference in 1995, it was not yet a recognized term, but it was used in an Annex. Gender discrimination, as opposed to discrimination of women, means the discrimination caused by the way the roles of men and women are seen in different countries and different legal or custom-based systems, whereby women are usually worse off. Gender discrimination is hard to fight because it is often unconsciously perpetuated or so engrained that one doesn’t notice it. But our Justitia is not blind to it. Once again it is IAW at the forefront of women wanting Gender Equality as a stand-alone goal in the post-2015 Development Goals. Without women’s equality no justice is possible, human rights, which are universal, inalienable and indivisible, cannot be enjoyed.

As a Convenor of the Commission on Human Rights I am planning to draw attention to Civil Registration, to begin with Birth Registration. 50 million children each year go unregistered. Without a birth certificate children are considered neither persons nor citizens and have no right to health care or schooling. When they grow up, they have no right to vote-and the vicious cycle continues.