Millennium Development Goal 5, a 3/4 reduction of maternal mortality, is the least likely of the MDGs to be reached by 2015 when the Post-2015 development agenda will take over. Progress has been uneven, with Sub-Sahara countries trailing behind. Among the reasons: weak health systems and low rates of use of modern contraceptives, although we know that access to family planning can slash maternal mortality rates by up to 35 percent. Adolescent pregnancies i.e. giving birth before the age of 18, and uneven power relations between women and men are grave obstacles to gender equality in matters of sexual and reproductive health rights (SRHR). They also mean few educational opportunities for young mothers and a rapidly growing young population. The concept of family honour compounds where it prevails, the unequal situation of girls and women. Cases of new HIV infections decrease, however the rate of female infections is on the rise. 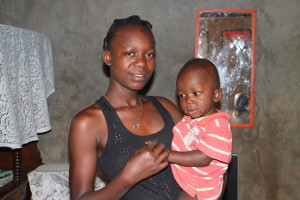 Women are no homogenous group. There exist marked differences as to the enjoyment of health rights, not only between countries and regions but also within countries where family wealth often decides. As a rule rural women have less access to quality health services, are less able to free themselves from traditional constraints that frustrate their internationally agreed sexual and reproductive health rights.

UN conventions and treaties are in place and have been widely ratified. However, numerous countries formulated reservations, particularly to article16 of the CEDAW related to family law, and to the CRC. Within their treaty obligations they have to report on the state of women’s and girls’ health and rights. NGOs including IAW members write alternative reports highlighting weak points of country reporting.

IAW adopted several resolutions on reproductive health rights, the latest one in Sept. 2013 on Child Marriage. IAW is an INGO in official relations with WHO. At the World Health Assembly we use our right to make oral statements on agenda items related to our priorities, and make our activities and points of view known by way of the triennial reporting. At the HRC our work focused for years on obtaining a resolution on Preventable maternal mortality and morbidity. As Convenor of the Commission on Health I intend to further such agreed positions.

Moreover, our current Program of Action asks IAW members to combat violence against women and sexual abuse; to work for good local health care, sanitation and drinking water; to lobby for women’s choice in whom to marry and when and in having and spacing of children; and for reducing harmful practices affecting the health of women and girls.