2018 International Day for the Elimination of Violence against Women 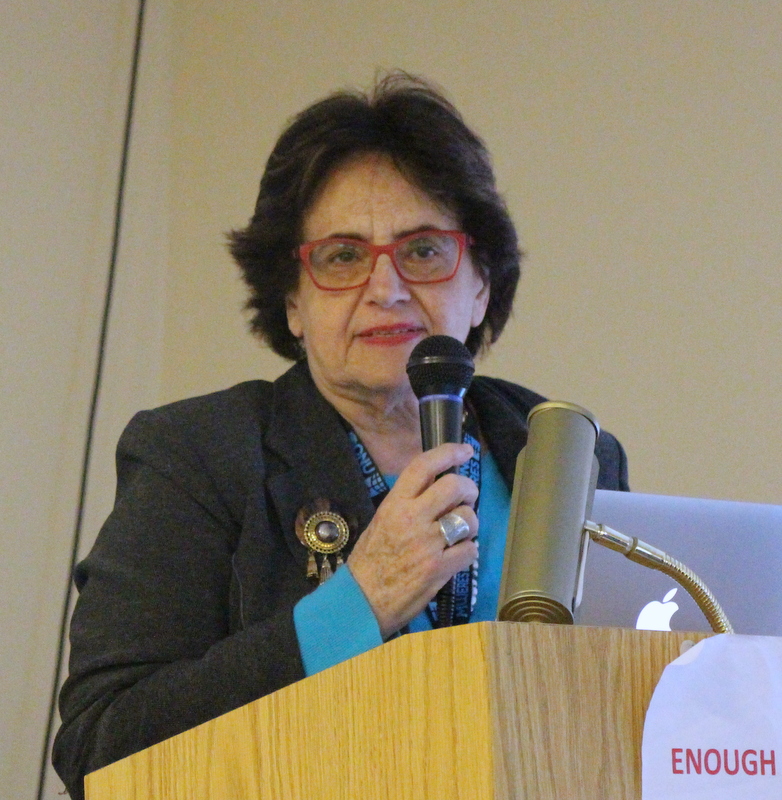 Violence against women and girls is one of the most widespread, persistent and devastating human rights violations. In our world today violence against women and girls remains largely unreported due to impunity, silence, stigma and shame surrounding it but also due to lack of political will by governments to implement relevant policies to help victims.

On the 25th of November every year we commemorate the International Day for the Elimination of Violence against Women on the basis of resolution 54/134 of the General Assembly which invites governments, international organisations as well as NGOs to join together and organise activities designed to raise public awareness of the issue every year on that date.

I find raising awareness for one day too little. We must find other ways to commemorate the International Day.

The executive director of UN Women Phumzile Mlambo-Ngcuka in her speech at the official commemoration of this day in New York City this year called for turning the struggle to end impunity to a global movement for accountability. This is a very good approach to the issue of violence against women.

IAW has for a couple of years now issued Declarations on Accountability by governments on issues that have to do with the gender equality and women’s human rights. The last IAW Declaration of 2018 is even more important because it refers to civil society, in particular women’s organisations and feminist groups, and the shrinking space they encounter which creates enormous difficulties for them to work.

The reason this is taking place is that CSOs are key players in holding governments to account to ensure their role as duty bearers for the fulfillment of human rights.

So, without a strong civil society, we cannot proceed with what the Executive Director of UN Women is calling for.

We should mobilize to work against overregulation of civil society organisations putting in place restrictions in their funding, taxation, membership registration and thus their functioning.

As the UN Executive Secretary is saying we should turn decades of difficult struggle to end impunity into tangible sisterhood that is getting stronger and telling perpetrators that time is up.

More importantly it is about building partnerships and changing the culture in our society that makes these violations possible and tolerated.

The independence of CSOs is a perquisite for the effective accountability of governments and for building a human rights and gender equality culture.

We have to mobilize to ensure that governments stop using symbolic policies and practices with limited impact as a substitute for the real political and economic commitments that are needed to overcome the structural barriers to eliminating violence against women and more generally the realization of women’s and girls’ human rights.

One way of demonstrating to governments their lack of effective policies and accountability is by gathering data that are comparable at the international level. To that effect I have to reiterate the call of the UN Special Rapporteur on Violence against Women who urges the worldwide adoption of femicide watches or gender related killings observatories, in order to collect, analyze and review data at the national, regional and global level.

The aim is to move in the direction of collection of comparable world data on femicide and towards the development of modalities of data collection and analysis. Such data could then be turned into femicide rates in order to enable states to objectively assess where they stand on the regional and global level to scale and to adopt actions needed to prevent many preventable deaths of women.