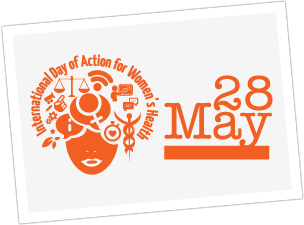 IAW, an International Women’s rights organisation, commends WHO on the response to the challenges arising from the ZIKA virus which has spread to as many as 55 countries and territories.

This recent health emergency of international concern has many facets and IAW would like to voice concern on one of them – ZIKA and pregnancy.

Mothers bear the brunt of caring for children born with microcephaly and other neurological disorders which may show only later. According to Dr. Sonja Rasmussen of the US Centres for Disease Control what we see now could only be the tip of the iceberg. Few countries have care infrastructures to cope with this emergency. Thus for women who already have children this burden means additional mental and physical stress.

This means their right to health and to development is severely thwarted in all countries where the threat of ZIKA infection exists but Governments and Society disregard these essential reproductive health rights.

Women either have to carry unwanted pregnancies to term or resort to unsafe abortion.

In March 2016 women’s and girls’ right to sexual and reproductive health has been strengthened by General Comment No. 22, on the article 12 of the International Covenant on Economic, Social and Cultural Rights. [i]

The introduction reads “Due to numerous legal, procedural, practical and social barriers, people’s access to the full range of sexual and reproductive health facilities, services, goods and information is seriously restricted, especially for women and girls.”

May the ZIKA emergency prompt countries to revise restrictive laws as appropriate, and abandon traditional norms which make for unequal power relations between women and men. Governments who act now can count on healthier and empowered women who will contribute to their country’s development.

The IAW Commission on Health chaired by Gudrun Haupter wrote the statement, and – as in former years – Seema Uplekar, our current Main representative at the WHO  addressed Governments and other participants of the WHA.