Democratic Republic of Congo-DRC: Violence as a weapon of war 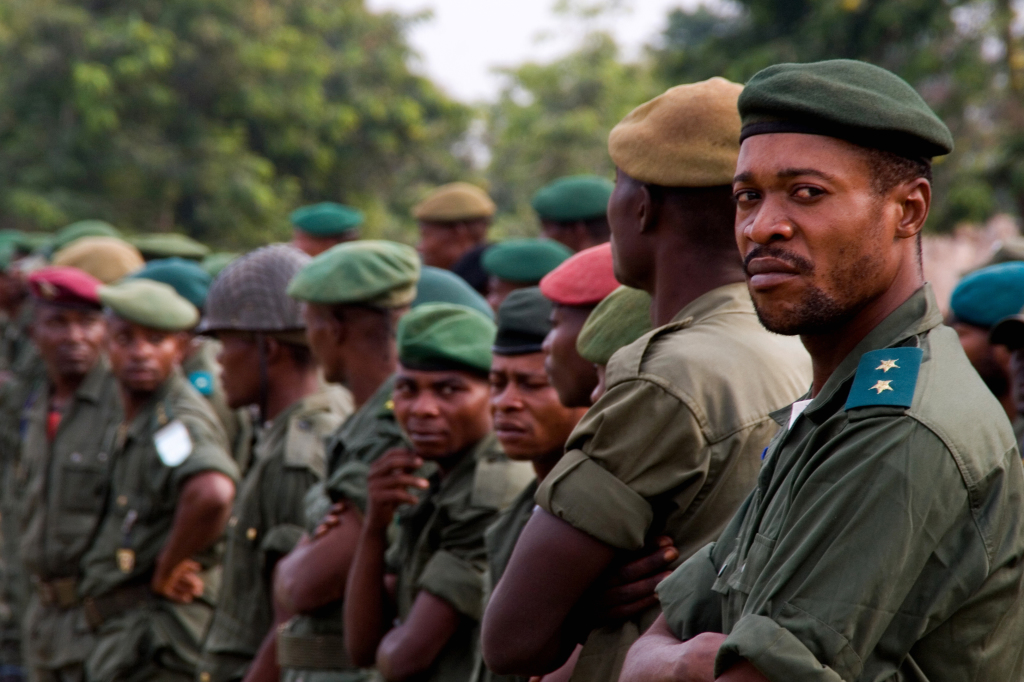 Before the independence of the Democratic Republic of Congo DRC (before 1960), women’s status must  be viewed in the context 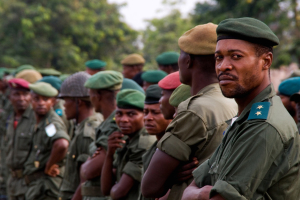 of colonized peoples, that is to say, of people enjoying limited rights. Women in Belgian Congo did not enjoy the same rights as women in the so-called civilized and independent countries. Access to education and the right to health were not fully guaranteed. Maternal and infant mortality were high. Women were living in poverty and marginalization. Congolese women were largely rural and in that context, they were undergoing customary traditions, which generally were not in favour of their development.

From 1960 to 1990 the situation of the Congolese woman advanced in some respects. Many women had access to education. Women were no longer predominantly rural but became urban, with access to information, training and employment.  Yet, as the period was characterized by a dictatorial regime that impoverished the nation, women did not escape  poverty, which brought the growth of antivalues such as prostitution and promiscuity into the female circle, and these were used to the  delight  of political leaders. In short, the woman of that time was reified in spite of the various programs in her favour, like the program on the empowerment of the Congolese woman, but she  was  mostly used for political gains.

After the 90s, marked by the launch of the democratization process, Congolese women, like all sections of the population, took advantage of this momentum to claim their rights.  Thus gradually, women’s  organizations emerged distinguishing  themselves in areas that were once reserved for men such as politics, the military, the national police, the judiciary and the Bar.

Since 2007 during the release by the AFDL of Mzee Laurent Desire Kabila, the Democratic Republic of Congo has been immersed in a relentless war especially in the eastern part of the country where there are numerous armed groups, who violate, kill and enlist children in their armed groups.  This is in addition to the violence perpetrated against women, which is becoming a common practice in the country. Those last few years many women and children have been violated in the provinces of South Kivu, North Kivu and Katanga by the militias of Maimai Rai Mutomboki the Bakatakatanga  and the FNALU in the province of North-kivu. It is in this framework that the NGO SOFEDEC, fights with all means at their disposal against all forms of rapes and violence against women.

In recent years, the issue of gender-related violence has increasingly become part of the psyche of the States, of civil society and of international justice institutions. In 1998, the Rome Statute of the International Criminal Court (ICC) defined rape (which is a form of sexual violence) in conflicts as a war crime and recognized other forms of sexual violence as individual crimes that can be prosecuted. The majority of perpetrators are men. Women and girls are often the main victims and the survivors of sexual violence since, in case of conflict and crisis, violence against women increases and women and girls are then considered, as “property” and “instruments of war”. The violence perpetuated against them serves to humiliate, degrade and split the family and community ties, which reduces their ability to deal with the opposite side.  Rape is one of the most common forms of sexual violence as a weapon of war, whereas genital mutilation, sexual slavery by abduction or ” forced marriage”, forced pregnancy and sterilization are used to dominate women and, by extension, their communities.

The patriarchal structure encourages and supports insidious manifestations of tradition, culture and socialization of women and men based on gender norms and stereotypes. This structure creates a vision of justice that allows some types of   violence to be considered acceptable or even natural. Gender norms based on a patriarchal system that separates the male and the female, the public sector and the private sector, collective rights and individual rights encourage the notion that women are considered to be the property of men, and their place to be at home, away from the political, social and economic spaces. It is also interesting to note that in times of conflict, of repression or political upheaval, men and women – especially women human rights defenders (WHRDs) – are exposed to sexual violence.

Impunity for sexual violence during and after conflicts is widespread. The fight against sexual violence in conflict requires that states and non-state actors be held accountable for their actions. The programs of the United Nations Security Council and CEDAW, on Women, Peace and Security, as well as certain regional plans and local action, some state policies and other legislations support multiple attempts to end sexual violence. By the principle of “due diligence”, States are obliged to protect and fight against sexual violence, prosecute the perpetrators and provide relief and support to survivors. State actors and non-state actors can be prosecuted under some national laws and regional mechanisms if they exist, according to the International Criminal Court and the principles of CEDAW. International mechanisms such as Resolution 1325 of the UN Security Council advocate and support the inclusion of women’s perspectives in participation processes and organizations during and after conflicts including, when it comes to conflict prevention, peace processes and transitions, missions and envoys responsible for the maintenance of peace and, at the end of conflicts, decision-making bodies such as local councils, national offices, and so on. That said, the root causes of potential conflicts, which are often of an economic and social nature must be addressed holistically, with more emphasis on a culture of peace, of demilitarization, of gender equality and strengthening of economic and social rights for all.

In history, war was considered as a general melee in which the civilians ran the risk of being hurt and where men and boys, who are the main fighters think that they  have rights over all they can dominate as if they were paying tribute to their masculinity by making war. This serves to justify sexual violence against women, children and men.

Why so? Because rape and other forms of sexual violence used during conflicts are ways to control and destroy enemies. However, we must recognize that sexual violence also occurs during relatively peaceful periods

Thus we solicit the support necessary for the financing of the above project as well as a support for the realization of an in-depth study relating to this reflection and the subsequent support for the development of a code of protection and promotion of Congolese women, built up by bringing together the legal arsenal on issues relating to women’s rights and their relationships with the society in the DRC (Family Code, the law on sexual violence, Treaties, resolutions and international agreements on women’s human rights not yet ratified, etc.).

Women’s situation in the DRC remains a major concern. Still, up to now instances can be seen of  houses being burnt down in villages, mass rape of women, men taken by force or as hostages and forced to work, looting and theft of cattle, appalled and overwhelmed children in the bush, people killed, thousands of people including women children and elderly people displaced, massacres, massive violations of human rights, the recruitment of children in  armed groups, abductions , sexual slavery of  women and children, children born from rape abandoned and in great difficulty at school, destruction of social infrastructure (couples, schools, hospitals, etc.).

This brief analysis of the situation of Congolese women from the colonial times up to now makes us realize the progressive degradation of the dignity of women in the Democratic Republic of Congo.

All these tumults, political crises, armed conflicts and successive wars have had an unfortunate impact on the humanitarian, economic, social and psychological situation of

Congolese women and even of their children, hence the need, for the Democratic Republic of Congo, to promote conditions of peace and security, especially in its Eastern part which is often the trigger point of clashes.