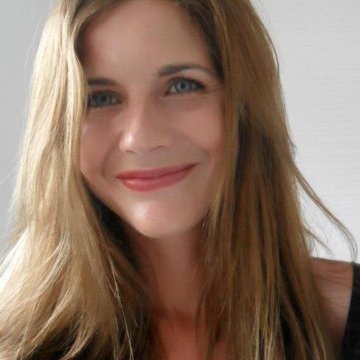 On 9 March there was a side event in  Geneva on economic inequality, financial crisis and human rights. I attended the event because we have a side event in New York which is relevant to the subject,  and Maria Hengeveld, who is the moderator of that panel, wrote an article in a Dutch weekly magazine. Maria holds that feminism is perverted by  business,  e.g. Goldman Sachs, who says that giving women a job is good for development, because women invest most of their earnings in their family. Women have a human right to all social, economic and cultural rights, not for others but for themselves.

Free market capitalism is responsible for aggressive deregulation and informalisation of work, which  worldwide deprives women of economic security and employment rights.Feminist authors like Hester Eisenstein, Srilatha Batliwala and Chandra Mohanty are convinced of that.

The statement by Juan Pablo Bohoslavky, UN Independent Expert on the effects of foreign debt and other related financial obligations of States on the full enjoyment of all human rights, particularly economic, social and cultural rights, reaffirms that. So does the research of UNRISD (UN Research Institute for Social Development) on Inequalities and the Post-2015 Development Agenda, and Combating Poverty and Inequality.

More and more inequality within and between countries is seen as hampering economic growth and social development.

Inequality often contributes to social exclusion and marginalisation of certain groups and individuals. It is also common for poorer segments of the population to be marginalised or even effectively excluded from the political process. This undermines the right to vote and democracy. Bohoslavky’s report has a number of recommendations on how to reduce inequalities in the prevention of financial crises and in their response. He stressed the contribution of financial market regulation, minimum wages, progressive taxation, and social protection floors in combating  excessive inequalities and ensure better human rights compliance.

UNRISD research found that policy instruments to promote equality of outcome have largely been neglected in the name of approaches that claim to create ‘equality of opportunity’. This approach has not allowed for structural factors that influence individual outcomes and has sidelined powerful policy instruments that can reduce outcome inequalities, such as:

Social policy is an integral part of the development strategies of countries that have transformed their economies and reduced poverty relatively quickly. A number of welfare policies are feasible and affordable for countries of fairly low levels of income.

Politics matter for poverty reduction. The protection of civic rights, active and organised citizens, well-organised and representative political parties and effective states with redistributive agendas are all important for sustained progress toward poverty reduction.

Social policies for all, paid for by taxes, are a way to reduce poverty and combat inequalities and further social cohesion.. And the social policies above, described by UNRISD,  guarantee the economic, social and cultural rights, as contained in the International Covenant on Economic, Social and Cultural Rights (1966).