Family Planning for All 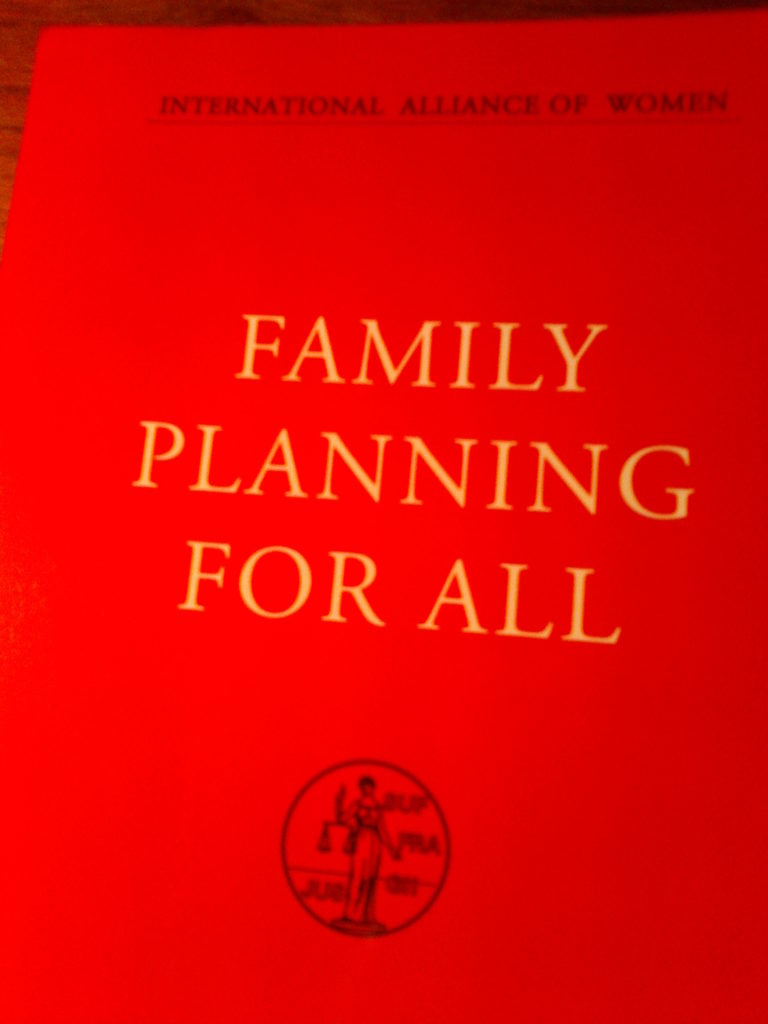 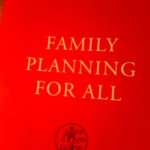 INTRODUCTION:  The recent German publication “Family Planning; The Fiasco of Development Policies; How the Vatican prevented prevention” by Dr. Dieter Ehrhardt prompted me to remark on the issue and call to memory some milestones and obstacles to family planning.  In his professional life the author got to know hierarchical structures around the world including that of UNFPA, United Nations Fund for Population Activities, and of the German government.

Dr Ehrhardt’s book offers background information on the onset of UNPFA and the World Conferences on Population artfully linked to the negative role of the Vatican. The author also recalls personal friendships with individuals in the clerical, the German and the international bureaucratic hierarchy and provides a wealth of background information.

The ICPD, International Conference on Population and Development, which remains the last one in a series of four global population conferences under the leadership of UNPFA substantiated the concept that family planning was no longer to be seen as a means of population control but as an individual issue.  Ahead of the ICPD the Vatican had succeeded in becoming a states party with all the rights this status conferred. The Holy See’s standpoint as laid down in the encyclica Humanae Vitae (John Paul I), strongly influenced by his successor John Paul II (1978 – 2005), allows only the natural family planning method generally deemed risky and hardly practicable by women with little education.

Dr Ehrhardt’s conclusion as a critical inside observer of the ICPD is that in the light of the Vatican‘s blockage of modern contraceptives including the financial means required, the “Right to family planning“ in the outcome document is a victory – though diminished by the integration into the large concept of Reproductive Health and Rights.

I attended the ICPD and strongly agree. And I hold that the visibility of family planning suffered from other international decisions as well. In the SDGs, Sustainable Development Goals, family planning is deeply embedded in No. 3, the „Health goal“. You have to look hard for the indicators presented as late as March 2017. IAW endorsed the indicators.

Target 3.7 reads: By 2030, ensure universal access to sexual and reproductive health-care services, including for family planning, information and education, and the integration of reproductive health into national strategies and programs.

On our issue they read: 3.7. By 2030, ensure universal access to sexual and reproductive health-care services, including for family planning, information and education, and the integration of reproductive health into national strategies and programs; Indicator 3.7.1:  Proportion of women of reproductive age (aged 15–49 years) who have their need for family planning satisfied with modern methods; Indicator 3.7.2:  Adolescent birth rate (aged 10–14 years; aged 15–19 years) per 1,000 women in that age group. https://medium.com/sdgs-resources/sdg-3-indicators-43806cbf63e9

That’s perfect. But who is aware, who monitors? Who collects data from the UNFPA member states and other sources to report in a comprehensive and well researched way? The UN Commission on Population and Development in New York is in charge, the data can be downloaded. However, you need to be a statistician or, at the least, an xlsx whizz to get utilizable country information from the huge scientific compilation of data.

My Californian friend did a bit of research on her own. On Earth day 22nd April she volunteered once more in her hometown Watsonville (population 83% Mexican) as a Spanish speaking link for visitors of the Population Connection (booth) during the annual (Day of the Child Earth Day) fair. After four hours of talking and listening she now believes that the Mexicans understood that they can no longer have families of 10, 12 or more as did their parents. The preferred method to keep to a maximum of 3 children is tubal ligation. Economic necessities brought about much of the change because of the small incomes as strawberry pickers or holding 2 jobs to make ends meet as well as sky high rents for very modest living quarters.

How comes myths are so hard to dispel? My example is the affirmation that African families provide for the parents and therefore need to be large. Dr Ehrhardt comments that while in Kenya as the UNFPA representative he found no evidence that looking and planning ahead was a social virtue or category.

As Convener of the Commission on Health I periodically mail LETTERS to the ten members in different parts of the world on issues fitting into the current Program of Action, mainly on reproductive health rights. Here are some facts on the situation of Family Planning which has become part of women’s Reproductive Health and Rights. Neutral facts are available from sources like the Guttmacher Institute’s report ”Investing in contraceptive, maternal, and newborn care, Adding it Up“ published in Dec. 2017. It shows small improvements in some areas, but the unmet need for modern contraception remains widespread. An estimated 214 million women in developing regions would like to avoid pregnancy but are not using a modern method. This includes 155 million who practice no contraception at all. The number has decreased from 225 million in 2014, but 43% of the estimated 206 million pregnancies in developing regions are still unintended or unwanted. Of these, 84% in developing regions occur in women who had an unmet need for modern methods of contraception, and 74% in women who use no contraception at all. I agree with the remark that it is one thing to contest abortion as a method of family planning, and another to deny “that women are often unable to negotiate when or with whom they have sex or choose when and by whom they get pregnant.”

In its July 2017 volume the Lancet had a 1-page article on Sexual health and reproductive rights at a crossroad, with recent figures on the present situation and new obstacles from the US administration. More is on http://www.thelancet.com/pdfs/journals/lancet/PIIS0140-6736(17)31750-6.pdf

A report on Sexual and Reproductive Health Needs of very young adults of the Guttmacher Institute from July 2017 says “For many, first sexual intercourse happens as a result of coercion or violence. Between 3% and 23% of adolescent females aged 13–17 report experience of sexual violence in the past year; it is 0–13% among adolescent males.” And “Very young adolescent females had an estimated 777,000 births in 2016; 58% of these births took place in Africa, 28% in Asia and 14% in Latin America and the Caribbean. Slightly more than one-third of births to mothers younger than 15 in developing countries were unplanned.” https://www.guttmacher.org/report/srh-needs-very-young-adolescents-indeveloping-countries

Two contrasting facts about UNFPA are: The UNFPA’s mission is to deliver “a world where every pregnancy is wanted, every childbirth is safe, and every young person’s potential is fulfilled”. You have to utterly stretch this concept to make it match with the fact that UNFPA is a multilateral organization in which the USA has a key role although it never ratified CEDAW, (spell out the name of organization) one of the prime sources of women everywhere to know their rights? CEDAW includes the right of women to determine freely and responsibly the number and spacing of their children. The CEDAW General Recommendation 24 from 1999 on Women and Health, says in § 23: In their reports, States parties should state what measures they have taken to ensure timely access to the range of services that are related to family planning, in particular, and to sexual and reproductive health in general. Particular attention should be paid to the health education of adolescents, including information and counselling on all methods of family planning.

Each of us has concerns about the bearing capacity of our planet. To put it mildly, omissions of the past to secure women’s right to plan the size of their families in all countries and societies, prevented them to become an active part of solving the problem.