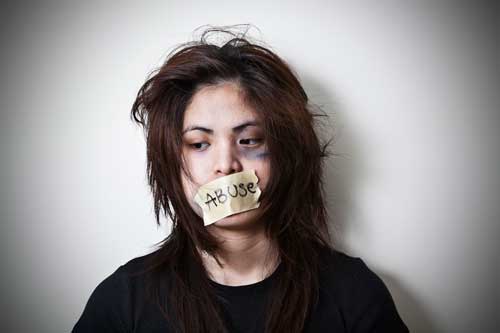 Living free from violence is a human right. Yet millions of women and girls suffer disproportionately from violence both in peace and in war at the hands of the state, in the home and in the community. Across the globe women are beaten, raped, mutilated and killed with impunity.

Violence worldwide is an epidemic, says a World Health Organization Report recently released. Violence by an intimate partner is the most common type of abuse affecting 30% of women across the globe. 38% of all women murdered are killed by their partners.

The United Nations Human Rights Conference in Vienna marked the first time that
an international agency recognized violence as not being a private problem. The Conference’s final document, the Vienna Declaration said that acts of violence against women constitute human rights violations even when they are carried out in the so called private sphere (1993).

The human rights of women and the girls are an inalienable, integral and indivisible part of universal human rights. Gender based violence and all forms of sexual harassment and exploitation, including those resulting from cultural prejudices and international trafficking, are incompatible with the dignity and worth of the human person and must be eliminated.

Violence against women and girls is a structural violation of women’s human rights and is recognized as such by International Human Rights Instruments. The General Recommendation No 19 of the Committee of the Convention on the Elimination of
All Forms of Discrimination Against Women (CEDAW) states that gender based violence is violence that is directed against a woman because she is a woman or that affects women disproportionately and includes acts that inflict physical, mental or sexual harm or suffering, threats of such acts, coercion and other deprivations of liberty.

The Beijing Platform for Action (1995) states that violence against women is a manifestation of the historically unequal power relations between women and men which have led to domination over and discrimination against women by men and to the prevention of women’s full advancement.

Violence against women is a structural historical phenomenon resulting from patriarchal societies where the domination of men over women in order to disempower them, that is in order to control their lives, bodies and sexuality is legitimized in all areas of private and public life.

Despite the fact that in the last century laws have proclaimed de jure equality between women and men which means that now women have the right to control their time, property and bodies, patriarchy still persists with the result that the mentality of male domination is still prevalent and many instances of discrimination and inequality remain in practice.
Women’s inequality is both cause and consequence of male violence against women and vice versa. Violence against women shapes women’s place in society by creating obstacles to women’s full participation in economic, social and political life. At the same time inequality between women and men creates the conditions for male violence against women.

As a result violence against women remains invisible, and raising awareness of its different forms is still hard in many countries. There is also a lack of political will by many governments to recognize the phenomenon, to prosecute perpetrators and to give support to victims.

Globalization with policies such as deregulation of economies and privatization of the public sector as well as recession has reinforced women’s economic inequality.
Recent studies have shown that economic recession leads to an increase of domestic /
intimate relationship violence, trafficking in women for sexual exploitation and a rise in prostitution. Recovery policies often leading to cuts in funding of public services and NGOs limit resources for women to seek support and to protect themselves and their children from gender based violence.

Despite the fact that we are at the beginning of the 21st century, violence continues to obstruct women in their development and nullifies their human rights, but in 2011 a major step forward was taken with the adoption of the Council of Europe Convention on Preventing and Combating Violence Against Women and Domestic violence, the most far reaching International Treaty to tackle this phenomenon. It aims at zero tolerance. It opened for signature in May 2011, and it is also open for accession by non member states.

By accepting the Istanbul Convention governments are obliged to change their laws, introduce practical measures and allocate resources to effectively prevent and combat violence against women and domestic violence. For the first time in history the Council of Europe Convention makes it clear that violence against women and domestic violence can no longer be considered as a private matter.

Preventing violence, protecting its victims and prosecuting the perpetrators are
cornerstones of the Convention. It also seeks to change the hearts and minds of individuals by calling on all members of society, in particular men and boys to change attitudes. In essence it is a renewed call for greater equality between women and men.

This Convention has some groundbreaking features. It recognizes violence against women as a violation of human rights and a form of discrimination .This means that states are responsible if they do not respond adequately to such violence.

It contains a definition of gender. This means that it is now recognized that women and men are not only biologically female or male but there is also a socially constructed category of gender that assigns women and men their particular roles and behaviours.

The Convention covers women and girls from any background, regardless of their age, race, religion, social origin, migrant status or sexual orientation to name but a few. The Convention recognizes that there are groups of women and girls that are often at greater risk of experiencing violence and states need to ensure that their specific needs are taken into account.

So we now have an important tool to fight against gender based violence. Let us lobby our governments to sign, ratify and implement this Convention.