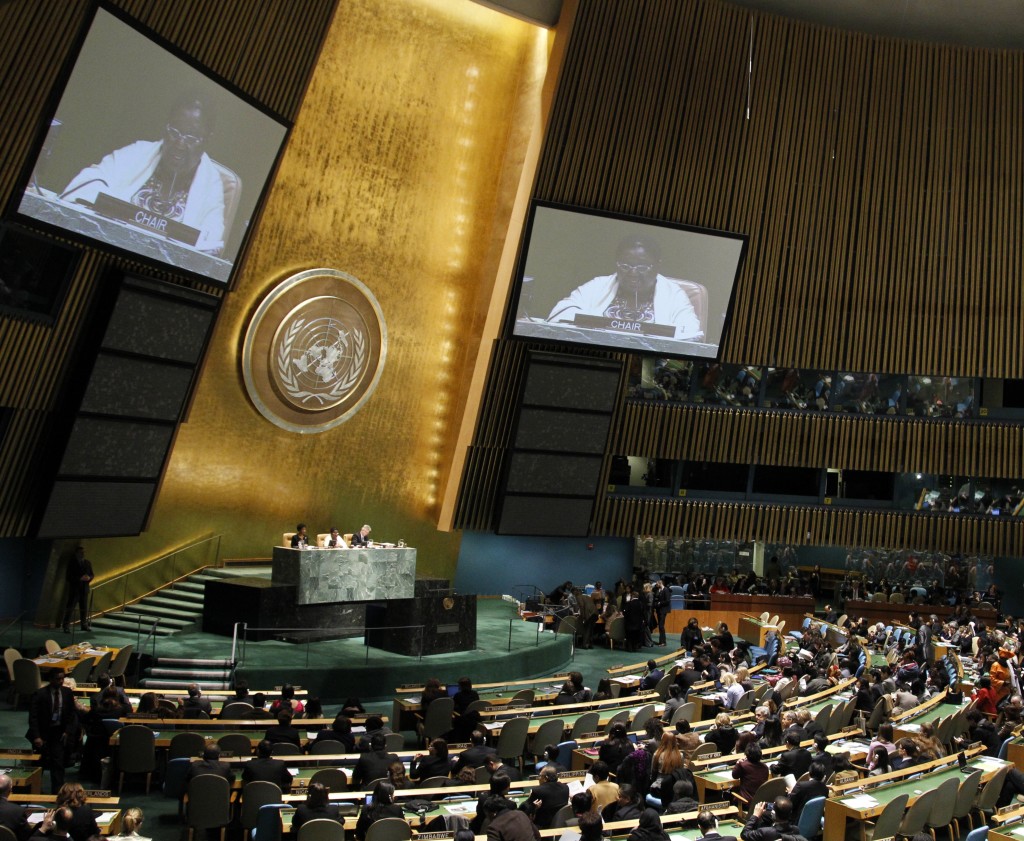 The following is IAW’s written statement for the 58th session of the Commission on the Status of Women 2013: Women’s human rights, Gender equality and the Millennium Development Goals.

The world is undergoing significant upheavals with far reaching consequences.

The financial crisis, as well as other closely interconnected problems, such as the economic, social, ecological and food crises, highlight the inner contradictions of unregulated markets. These have failed in terms of resource allocation and just distribution of the wealth created.

The current financial/economic crisis has a disproportionate and particular impact on women because their economic position at the start of the crisis was not equal to that of men. Women were far more vulnerable.

The financial crisis is the result of a failure in governance. The financial sector has been allowed to grow too large in comparison with the real economy. This governance is gendered because there is a large underepresentation of women in financial decision making. As a result the goals prioritised have been the requirements of financial capital at the expense of paid economies.

The inclusion of gender concerns within financial decision-making could alter strategic priorities in a way that benefit women and society as a whole.

So we should strive to achieve a goal on ‘women in decision making’ in the post 2015 Development Agenda.

One of the important shortcomings of the Millennium Development Goals  has been  that gender equality cannot be realised in an environment characterised by economic policies that do not respect human rights, in particular women’s human rights.

The global financial crisis has shown the need to reform macroeconomic policies in ways that are more compliant with human rights and more effective for the achievement of social justice and gender equality. Macroeconomic policy should also be formulated in a way which mobilises the maximum possible level of resources for the development of economic and social rights.

To this end the post 2015 framework must ensure that macroeconomic policies and the international financial system work to advance gender equality, women’s empowerment and women’s human rights.

Women’s rights and feminist organizations should participate in reforming dominant economic policies including their development, implementation and evaluation.

They should also work for new responses to the crisis, as the existing ones have failed to address its root cause. This suggests a failed ideology and mainstream development model that confuses economic growth with progress.

But overall the Millennium Development Goals failed to recognize that gender equality is not just an objective in itself, but essential in achieving all of the development goals. They also represented women as vulnerable victims rather than agents of change.

More particularly an important shortcoming of the Millennium Development Goals can be attributed to a failure to fully account for the impact of gender discrimination and the huge structural and cultural barriers that stop women escaping poverty, for example gender based violence.

Violence against women and girls is the most systematic human rights violation in the world and prevents them from taking opportunities that might otherwise be available, thus limiting their options to escape poverty.

Its existence, therefore, significantly undermines progress towards all development goals.

For example, whilst Millennium Development Goal 2 had some success in increasing school places, it did not require quality education, but had a narrow focus and reductionist approach.  In addition, millions of girls worldwide risk being assaulted travelling to school which makes the access of girls to their school places difficult.

Another example is that women in developing countries have unequal access, control and ownership in relation to land because of law and customary practices. So, women do not own land, because they are discriminated against and not because of shortage of the resource itself. They are also deprived of applying for loans using the land as collateral. This makes it harder for them to climb out of the poverty trap.

Discrimination, gender based violence and gender based disadvantage means that women are disproportionately more likely to be living in poverty compared with men. Poverty is intrinsically linked to inequality and discrimination. So a basic criticism of MDGs is that they did not address the root causes of poverty, most especially women’s inequality, which made it impossible for the goals to be truly transformative.

It is increasingly recognised that unless the structural causes of poverty, such as power relations, are addressed, poverty eradication will be impossible to achieve.

Underpinning this failure to address inequality is the absence of a human rights based approach in the Millennium Development Goals.

Poverty and inequality arise principally because human rights have been denied and if we are to end poverty then it is necessary to protect, promote and fulfil the human rights of people living in poverty, in particular, poor women who make up the majority of poor people.

The new Development Agenda should be grounded on human rights, including the principles of equality and non-discrimination. It should have gender equality, women’s human rights and women’s empowerment at its core and it should effectively guarantee the full spectrum of women’s rights.

It should have a stand alone goal on gender equality and the rights of women and girls as well as a crosscutting gender equality perspective throughout the post 2015 Development Agenda.