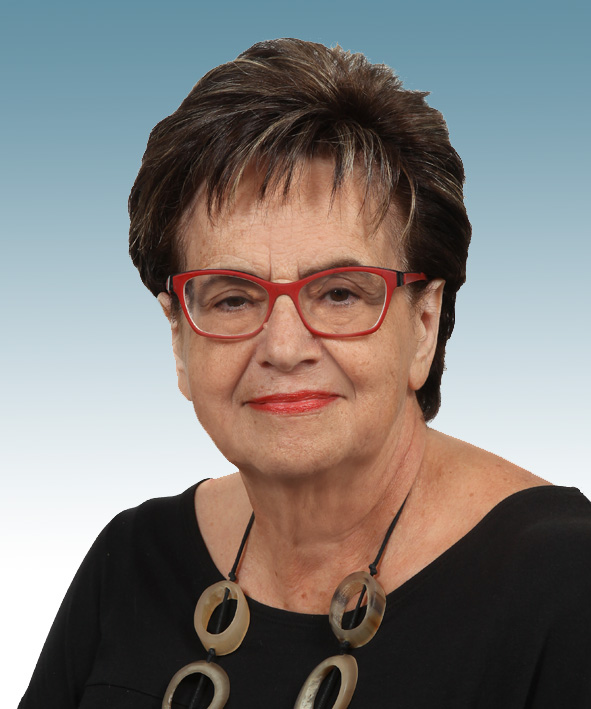 Ministerial roundtable one and two on ‘good practices in the provision of social protection, public services and sustainable infrastructure including for recognizing and valuing unpaid care and domestic work.’

Geraldine Byrne, Ireland chair of the Commission said that for the first time the commission will focus on the theme of social protection systems, access to public services and sustainable infrastructure for gender equality and the empowerment of women and girls. There is a real chance to agree on new normative standards.

UN Secretary-General António Guterres said that the world today is witnessing a deep, pervasive and relentless push back on women’s rights. ‘We will push back against the push back’ he pledged, adding that the UN is also making progress in achieving gender parity.  For instance, his senior management group comprises more women than men.

Marlène Schiappa (France), Security Council President for March underscored that in the last 25 years women have only represented 2% of mediators and 8% of negotiators.

António Guterres emphasized that women’s participation makes peace agreements more durable, but we still need to make sure that women are included in negotiation teams.

Phumzile Mlambo – Ngcuka, Executive Director for UN Women said that women and girls must have a role in shaping the policies, services and infrastructure that impact their lives.

Hillary Gbedemah, Chair of CEDAW said that females are disadvantaged in social protection systems and that domestic and unpaid care must be recognized and valued. Due to childcare responsibilities, women often work part-time which affects their pension contributions, resulting in post-retirement poverty.

The questions asked to ministers were to highlight steps being taken by their government to advance public services for gender equality; national social protection systems that have recognized unpaid care; investments to strengthen public care services to provide long term care to the elderly and the sick; and initiatives taken to mainstream gender perspectives into the design and implementation of essential infrastructure, such as sanitation, clean energy and safe water.

The Russian Federation said that they have recently adopted a measure that increases the pension age by five years, but for women who have taken care of three children the pension age increased only by three years. There are also special benefits to those caring for the sick and the elderly.

The UK said that it has social protection programs for women including pensions, shared parental leave, parental allowance and the right to request a flexible working environment.

Ministerial roundtables three and four on ‘good practices and policies for the design, provision, and implementation of social protection, public services and infrastructure including for the promotion of women’s representation in various sectors and all levels’

Participants were asked what measures have achieved proven results in ensuring women’s equal access to employment opportunities, what steps Governments have taken to ensure adequate wages and working conditions and what examples they can give of national laws and policies that have increased women’s representation in infrastructure sectors.

New Zealand said that agencies and unions worked together to propose initiatives of change to close the wage gap which led to a comprehensive three-year plan.

Finland answered that one way to strengthen social protection is by investing in social workers who are trained in human rights issues.

Germany said that efforts were taken aiming at ensuring that more women reach top positions including increasing quotas within the government.

Zimbabwe said national plans target and reach retirees, persons with disability and other vulnerable groups. Related efforts include broadening land and loan access for women, criminalizing child marriages and improving access to education for all.

Angola highlighted a range of achievements from laws protecting women from domestic violence to a programme to promote birth registration. Today women hold 12 of 31 ministerial appointments and make up 131 of the 354 judges in the judicial system.

Mozambique said that the registration of girls in schools is rising to more than 95%.

Interactive dialogue on ‘Building alliances for social protection systems, access to public services and sustainable infrastructure for gender equality and the empowerment of women and girls’

Plan International regretted that UN Women is often forgotten by governments. Creating a coherent framework for a global plan for young women is essential.

Cameroon said that the government is implementing a range of programs for vulnerable groups including indigenous women and girls.

Austria said that her country has taken steps to mainstream gender into its general budgeting. Austria traditionally includes civil society in its delegation giving it a voice in forums such as CSW.

High – level interactive dialogue on ‘Accelerating implementation of the Beijing Declaration and Platform for Action, exchange of best practices in preparation for the Beijing +25 review and appraisal’.

The Executive Director of UN women said we have to see how far we have come and how far we have yet to go. Young people must be involved in the review of the implementation of the Beijing Platform for Action.

A number of governments said that the concept of empowering women physically and economically has been included in all national policies. This will lead to a cultural transformation.

The Dominican Republic said we need to change ways of thinking so that young people can approach gender in an inclusive way.

UN Women said that all branches of government must be involved. No one should be left behind in this review.

Interactive dialogue on the review of the implementation of the agreed conclusions of the 60th session of CSW ‘Women’s empowerment and its link to sustainable development’.

For Spain the main goal has been shared responsibility and the main challenge the wage gap.

The slave trade and its lasting effects continue to contribute to the socio-economic disadvantages faced by women and girls of African descent. Evidence based policy is paramount. Women of African descent are highly discriminated against in the workplace, education, housing, and public services.

Interactive expert panel on the priority theme with a focus on harnessing synergies and securing finance.

Participants stressed the need for more coordinated and multi-sector approaches. Public services, they said such as education, transport, healthcare and energy must be accessible and work in tandem.

The challenge of social protection must aim at raising living standards for women.

Some NGO’s said challenges must go beyond changing policies and address root causes such as the discrimination many African women and girls face.

Many pointed at a dearth of political will in drafting the kind of policies that can make a difference in the lives of women.

Interactive discussion on women’s empowerment and the lack of sustainable development with a focus on data challenges and opportunities.

Mohammed Marzooq (Iraq) Vice Chair of the Commission said that significant gaps in gender statistics remain. Information is available for less than a quarter of the indicators required to monitor gender specific elements of the 2030 agenda for sustainable development. Marginalised groups remain largely invisible in official statistics.

The International Disability Alliance said that while many countries collect disability data the definition of disability is not harmonised. As such data across countries is not comparable and proves inadequate for global monitoring efforts.

Partnerships should be fostered between statisticians, policy makers and organisations to assure appropriate data collection and disaggregation. The 2030 agenda calls for accounting for the progress of everyone without exceptions, doing this means going beyond national averages to assess the outcomes of different groups of women and girls. Single level disaggregation analysis fails to adequately reflect the characteristics of those who are deprived across multiple dimensions.

Some counties asked UN Women to help member states establish and improve comprehensive data collection systems including those for registering births and deaths.