Sexism on the agenda in Denmark 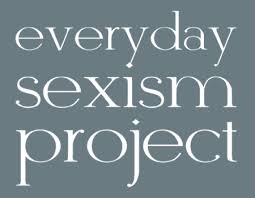 Men harassing women in the streets, in bars, trains, buses, workplaces and at schools. It happens every day in Denmark, and women have now been sharing their experiences on the website of the Everyday Sexism Project for more than a year.

The Danish branch of the Everyday Sexism Project was launched in August 2013 by Danish Women’s Society and journalist Irene Manteufel and so far it has collected around 700 anonymous stories on the website and several thousands in the closed Facebook group. It is already obvious that the seemingly gender neutral Denmark is facing exactly the same issues as Great Britain, where the project was started in 2012. Women are being assaulted, harassed and treated in various unpleasant and degrading ways related directly to their gender.

The experiences shared via the ESPD are typically centered around harassment, which is often physical and/or threatening, in public spaces. However, the range of contributions vary from observations of gender stereotypes in education, daily life in kindergartens and schools to several instances of domestic abuse and rape. Accounts from Danish rape victim units show that fewer victims choose not to report rapes for fear of not being taken seriously by the police, because there often will be questions like ‘What did you wear?’, ‘Were you drinking?’ and ‘Were you leading him on?’ .

The stories collected by the ESPD reflect the findings earlier this year by the EU Agency for Fundamental Rights, who reported that among 28 EU-member states, Danish women face the greatest amount of violence and harassment. And according to the report, 52% of Danish women have experienced physical or sexual violence by a partner or former partner. The EU average is 33%.

The report also revealed that in Denmark, fewer women file complaints after suffering violence at the hands of an intimate partner. The percentage of Danish women, who have reported the most serious incidents of violence to the police, is half that of the EU average.

This shows in one of the striking common themes in contributions to the Everyday Sexism Project, especially in the Facebook group: many of the contributors telling their stories to the ESPD express feelings of shame in relation to their experiences and many women are adding that this is the first time they have shared their experiences with anyone. Several contributors have made lists of some of their most uncomfortable harassment incidents dating back to their early childhood. They often add that they never told anyone about the grown-up men who harassed them, groped them or exposed themselves, for fear of being blamed themselves. The feeling of shame and guilt seems common amongst girls and women no matter their age and is related to all sorts of experiences from harassing jokes to groping, threats and actual rape.

Many women express a feeling of relief that somehow it is now “allowed” for them to tell someone about their experiences with sexism. They realize now why they should not be ashamed as the wrong was done to them, not by them. This also results in more women reporting that they feel able to speak up in the social media as well as at their workplace or amongst friends and family.

These changes are beginning to reflect in the media agenda. In a country claiming to have equal rights, people have generally not been taking it seriously if women complain about anything related to sexism. Public debates about it, or any feminist-resembling issue, hardly existed as those who spoke up were typically ridiculed and sometimes threatened.

The Everyday Sexism Project seems to be changing this agenda and is actually making the matter somehow legitimate to talk about. More and more mainstream media are covering the issues on a regular basis, and national TV and radio invited the founders of Everyday Sexism Project Denmark in for a talk about the project when the ESPD was recently awarded a prestigious feminist prize. The general media angle has changed since the project was launched, from mainly skepticism to a more genuine curiosity and interest. This development was part of the motivation for awarding The Everyday Sexism Project’s Danish branch with the prize. The agenda has changed due to the work of the ESPD and the visibility in the media and in various online fora.

The ESPD is run on an entirely voluntary basis with no funding whatsoever. It is run by Danish Women’s Society (Dansk Kvindesamfund) in collaboration with journalist and blogger Irene Manteufel, and the four founders have recently added a new voluntary team of the ESPD Facebook group members to the team moderating the discussions in the group. With 900+ members and a daily stream of 15-30 updates, the group is discussing 24-7 and often some debates call for moderation. In fact, the group is so busy and has an increasingly active community. It has created several sub groups of which one is entirely committed to activities in the public debate, in the media as well as on Facebook and other social media. The group members also collaborate in writing complaints to authorities, companies and organizations who conduct sexist activities.

Even though the debate climate and general agenda is changing, the subject of sexism in Denmark is still the object of a lot of resistance. Some debaters are clearly expressing their opposition to the existence of the ESPD, so the team finds it necessary to be cautious regarding who should be let in and join – or watch – the content of the closed group.

As it is crucial for the ESPD Facebook group to remain a safe space to share often very personal and intimate experiences and problems, each member is screened thoroughly by the admin team and an application form is requested and evaluated before permission is given. The group has a set of guidelines which new members should also accept to ensure the best possible online environment.

The ESPD currently  aims to spread knowledge of the project further and push the agenda even more, hopefully leading to  greater awareness and public debate and eventually the cultural changes that are necessary, according to the founders, in order to stop sexism in Denmark.