The 2014 International Women’s Day in Cameroon 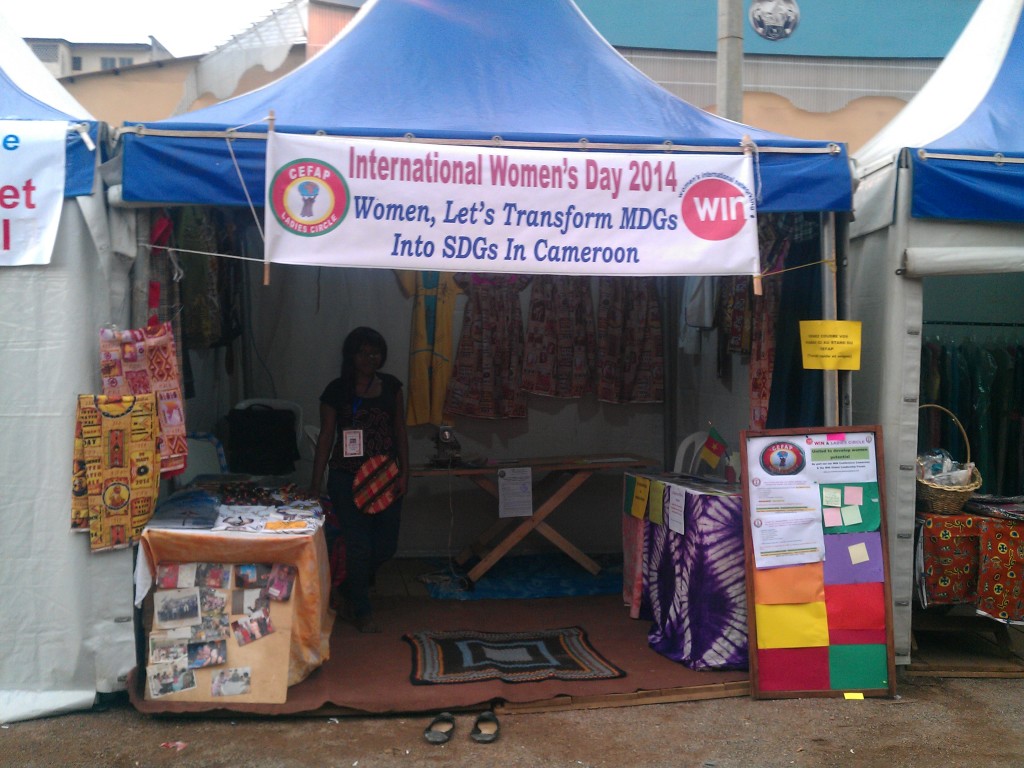 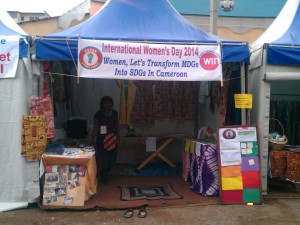 The 2014 International Women’s Day in Cameroon

The International Women’s Day, which is celebrated in Cameroon since 1986, is now at its 29th edition. Its commemoration is a concretization of the permanent efforts of the International Community towards the improvement of women’s status in all spheres of life and the recognition of their key role in the development process.
Beyond the festivities, this commemoration is a manifestation of the new development policy trend which is conceived as a participatory process that calls for the equitable involvement of men and women, the integration of the good governance principle and respect for equality between human beings.
Commemoration themes chosen since 2000 have been in line with the global strategy to fight discrimination against women and have followed the participatory approach, involving all citizens, in a bid to guarantee full development and welfare for each and everyone. Thus the 29th edition of this year in Cameroon is placed under the theme: “Challenges and achievements in the implementation of the Millennium Development Goals for Women and Girls”. This theme falls in line with that of the 58th session of the Commission on the status of women this year 2014. It is important to recall that during the United Nations Millennium Summit held in 2000, 189 leaders of the UN Member States among which Cameroon, identified 08 (eight) priority goals to attain by 2015 with the regard to development, namely:
• Reduce extreme poverty and hunger
• Achieve universal primary education
• Promote gender equality and empower women
• Reduce child mortality
• Improve maternal health
• Combat diseases
• Ensure a sustainable human environment
• Develop a global partnership for development
CEFAP-LADIES CIRCLE has organized a debate under the subtheme entitled: “Women’s Leadership role in politics and decision making” . According to the statistics in Cameroon, women are under-represented at many levels of political activities, the administration and the judiciary. At the level of the National Assembly, women still make up only 31.1 % of parliamentarians despite the enormous progress that has been made over the decade. At the level of Senate, women constitute just 20% of the members. The two law-making bodies, the Senate and the National Assembly, are both headed by men. At the level of councils, there are only 1661 female councilors out of a total of 10832 councilors and out of 360 heads of councils (mayors), only 23 are women. At the level of the judiciary, women are equally very lowly represented. They make up just 34.3% of magistrates.
It is important also to point the fact that some women in Cameroon do not have self esteem; most of those women still believe that politics is a domain reserved for men, and that the political arena is a dangerous milieu for which they lack weapons. There are some who have no clue about the electoral laws. Others ignore all the eligibility criteria of political officials, all about electoral negotiation, political partnership and alliances, and how to mobilize necessary resources for an optimal participation in an electoral process. Thanks to the Ministry of Women Empowerment and the Family and several Civil Society organizations that are doing effort to reinforce women capacity in politic.
There is still a hope for an equal, fair and just Cameroon. Let’s act together and stand tall to improve the socioeconomic and cultural right of women.
The International Women’s day in Cameroon is one of the special commemoration that has been gathering women and men from different spheres for a whole week of various activities (2-8 March) such as, conferences, debates, women exhibition fair, advocacy campaigns, Films projection, march past,… The march past is the focal point of the commemoration with the participation of the First Lady of Cameroon, Mrs Chantal Biya. For this march past, there is always, each year, a uniform in two or three colors that break barriers and making women to feel as one that day. This year, we had two colors of the uniform, pink and yellow. About 50 000 women and men were part of the march past. It has been always an inclusive celebration with women, men and youth from all the spheres of our society. During the march past, women came out with banners where you can read different message according the theme of the commemoration. It is a great opportunity, especially for women to point out their will, needs and challenges amongst other complains.
For Cameroon to become a modern a modern society based on equal participation of both men and women in nation-building, there is a need to reinforce the promotion of female education from basic to tertiary levels greater financial support and training for female candidates in election, increase in the quotas reserved for women in all spheres of representation amongst others aspects. 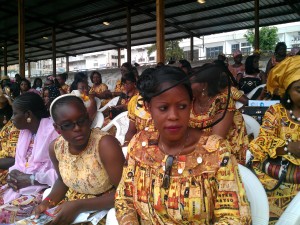 As far as the MDGs are concerned, we are now moving towards SDGs (Sustainable Development Goals), there are numerous initiatives carried out by the Government, the Civil society and the international community in Cameroon to ensure a better life for all without any discrimination. The journey is still long, but there is hope, so, let’s move toward that bright future for all and make sure that all of us daily act for the social and economic empowerment of women and girls wherever we are.