The effects of the economic crisis on women in Europe 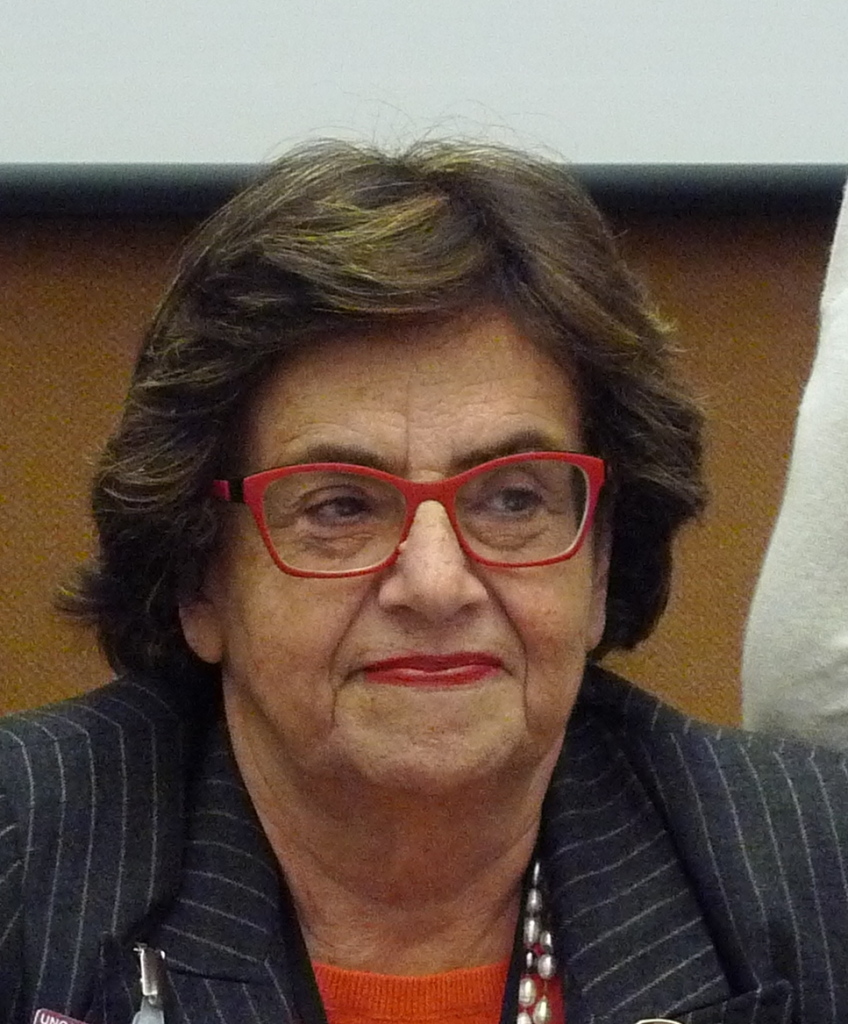 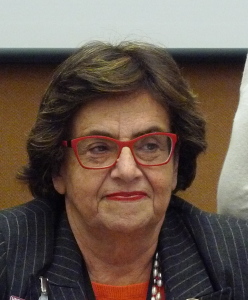 In my statement today I will try to demonstrate that the realization of human rights should be the central goal of economic policy in particular of adjustment programmes and austerity policies that raise important concerns regarding the protection of economic, social and cultural rights, because they are often incompatible with the obligations of states to take steps for their progressive realization using their maximum available resources.

Ariranga Pillay chairperson of the committee on Economic, Social and cultural rights in a statement published in May 2012 emphasized that economic and financial crises and a lack of growth impede the progressive realization of economic social and cultural rights and can lead to retrogression of the rights as well as social insecurity and political instability and have significant negative impacts in particular on women and on disadvantaged and marginalized groups.

The UN independent Expert on foreign debt and Human Rights Cephas Lumina after a visit to Greece in April 2013 come to the same conclusion and urged  the Greek  government and its creditors to adopt a human rights approach to designing and implementing economic reform.

I will now try to show how structural adjustment programmes in particular austerity measures that have been adopted by a number of countries in our region due to the economical/financial crisis have undermined economic and social rights and have had disastrous effects on people’s lives in particular women’s lives.

I will first look into the impact on women’s work.

Employment
Although men’s employment suffered more in the early stage of the crisis since 2010 women have been affected or even more affected. There has been a narrowing difference between women’s and men’s employment rate but this is not a  sign of increased  gender equality.

It reflects the employment situation of both women and men and the sharper impact on male employment early on in the crisis. The gap is closing due to leveling down wards.

Unlike men women have increased their labor market activity during the crisis, possibly either to compensate for the lost income of a partner or to add to the household income. The male breadwinner model is then losing ground due to the crisis.

Women are often in a more precarious situation once they become unemployed and face greater risk of immediate poverty. They may be more likely to be excluded from unemployment benefit systems since they may have broken unemployment histories or may not have made sufficient contributions. Without unemployment benefits they loose their health insurance as well.

Austerity policies have been accompanied by cuts in jobs and wages in the public sector , pay freezers and deterioration of working conditions. The public sector is a major employer for women who account for almost 70% of public sector workers in the EU.

In addition the public sector has in many countries been the driver for gender equality in employment as it mostly provides better employment opportunities , better working conditions including paid leave and higher wages for women.

In Greece following complaints by  the Greek General Confederation of labor the ILO committee of experts on the application of conventions and recommendations examined the compatibility of austerity measures with several international labor conventions . The ILO committee expressed its deep concern at the drastic alterations of labor law through measures which go to the heart of labor relations, social dialogue and social peace nullifying the binding nature of collective agreements.

The committee underlined the disproportionate impact of these measures on women and called for adequate safeguards to protect workers living standards.

Impact of cutbacks on services and benefits
Austerity policies have had severe consequences for those whose livelihoods depend on various social benefits, like maternity leave benefits, parental leave benefits and other care related benefits.

Reduction in social benefits are particularly felt by women as they compromise their economic independence and they heighten their poverty. Vulnerable groups of women such as lone mothers, pensioners and migrant women lose the most.

Savings from care related benefits targeted at men such as withdrawing pay for paternity leave constitute a sever obstacle for equal sharing of care responsibilities between women and men.

Austerity measures have also reduced the availability and affordability of care services for children and other dependents and has forced a number of women to become inactive or work part time.

When households have less income in their hands and when public services are cut or become expensive or unavailable the production of services which previously was the responsibility of the state falls on households that is on women’s shoulders leading to the reprivatisation of care and in a return to traditional gender roles.

The gender gap in the allocation of unpaid care work has increased during the recession.

Austerity has reduced the availability and affordability of health care services and downgraded their quality with gender consequences that affect the gender division of paid and unpaid labor to the disadvantage of women. In Greece spending on health care has been reduced below 5.3% of GDP in 2013 which is well below the average in EU 6.3%. Overall the health budget has been cut by about 40%. In a number of European countries hospitals have closed/merged the number of hospital beds has been reduced, and co-payments have been adopted job cuts have taken place and an increasing  number of  people are losing public health insurance in Greece  (mainly due to long term unemployment). According to the Independent expert Cephas Lumina these policies adopted by Greece as well constitute retrogressive measures and violate article 12 of the International Convent on Economic, Social and Cultural rights.

Concerning education public spending was cut in Greece by 30%  between 2009 to 2013. Also between 2009-2014 14.5% of all school units of primary education and 4% of school units in secondary education have been merged.  The closure of schools has increased school dropout rates. In addition the number of secondary school teachers has been reduced. These cuts  have had a negative impact on the quality of education.

Austerity has also curtailed services designed to end violence against women (VAW) and support the victims of violence. In the UK the funding to VAW services was cut by 31% in 2010. In Greece despite austerity in the last three years 39 consulting centers have been created all over the country in many cities which offer legal advice and psychosocial support to women victims of violence. These centers have been created by the general secretariat for equality and the municipalities.

Also 21 shelters have been created all over Greece by the municipalities and SOS line has been created that works 24 hour a day and offers legal and psychosocial advice to women victims of violence.

State pensions have been a popular target for savings in many European countries. Many countries have changed pension rules in a manner that will have a long term negative impact on women’s economic independence.

Increases in the minimum contribution period for retirement on full pension  and the calculation period for pension on average career earnings rather than final salary penalize women  because of their shorter working life and irregular working patterns. Increase in official retirement age, heavy penalties for early retirement have gendered implications too. The drops in pension will have the consequence of further exposing women to poverty.

In Greece concecutive cuts have reduced pensions by up to 60% (for higher pension) and between 25 and 30% for lower ones. Christmas, Easter and summer bonuses for pensioners  have been abolished.

A special tax on pensions was introduced to ranging from 3% to 9% depending on the  level of pension income and meant to shift the burden of covering deficit of social insurance organization to pensioners themselves.

The independent Expert Chepas Lumina shares the view of the European Committee of Social rights that, the cumulative effect of  laws introduced in Greece as measures in Greece since 2010 restricting and reducing both public and private pension benefits constitute  a violation of the right to social security enshrined in article  12 (3) of the European Social Charter.

While wages are depressed the cost of living is rising due to tax rates aimed to enhance government revenues. Increases in value added tax affect most poor families in particular women who spend most of their income on food and household necessities.

Funding for advancing gender equality has been among the first to be reduced. Austerity policies have had a drastic impact on gender equality bodies, that have either been abolished or merged with other departments, or their budgets have been severely reduced resulting in a loss of visibility and hampering their ability to conduct their work.

Austerity has also impacted women’s organizations many of which offer services for victims of rape or are doing advocacy at a time when their work is most needed.

Some have closed down the rest are struggling to survive. Their voices are silenced at a moment when they should resist austerity policies.

Recommendations to governments
– Systematic gender sensitive analysis of the causes and impact of the financial crisis on women and the responses thereof prior to their implementation.

Integration of a gender perspective in to all recovery and structural adjustment programmes which should include women in particular feminist economists in their elaboration and implementation at all levels of decision making.

– Take targeted measures to improve the living conditions of those groups who have suffered most from the cutbacks including lone mothers and female single pensioners.

– Create jobs especially in the public sector by increasing social infrastructure (education, health, child care) which would ease the disproportionate burden on women to enable them to participate in the labor market.

– Take measures for the reconciliation of work with family obligations.

– Take measures for the equal sharing of unpaid care work between women and men.

– Ensure that there are no further cuts in public funding for women’s organizations.

– Establish a permanent system of gender budgeting and subject all budgetary and taxation measures to a gender impact assessment in order to identify how the unequal effects on men and women can be eliminated.

– Implement measures to combat the ongoing process of feminization of poverty which has been exacerbated by the recession.

-Take measures to combat all forms of violence including the financing of support services for women victims of violence.

– Commit to work on the  deconstruction of gender stereotyping .

-Take measures for the equal representation of women in decision making in particular in the financial sector.

– The women’s movement in our region should monitor closely the effects of austerity measures on women’s human rights.