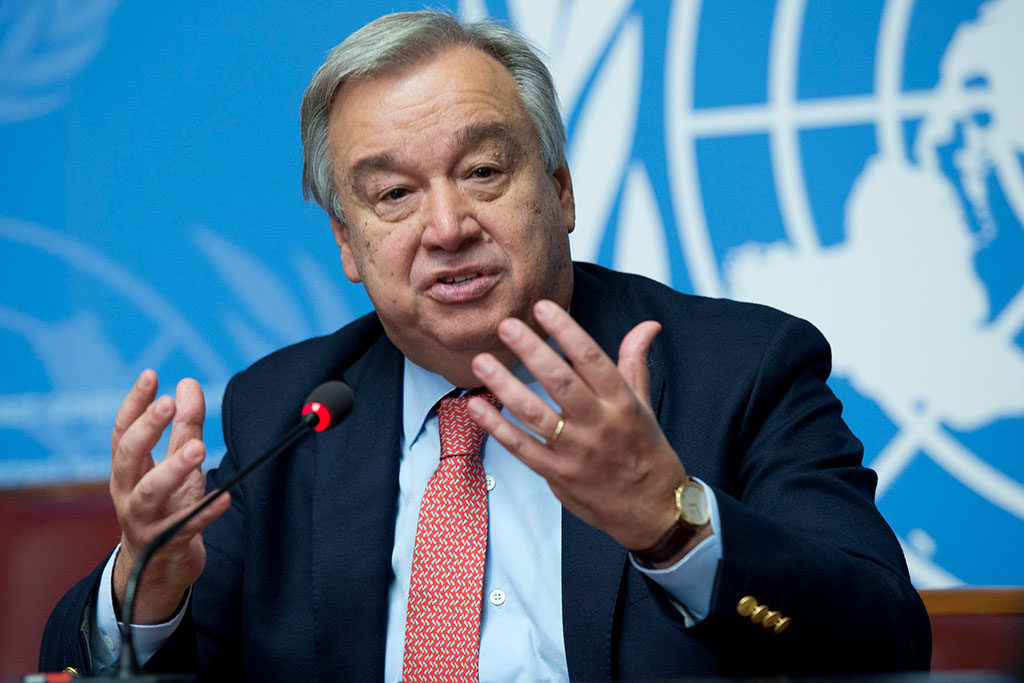 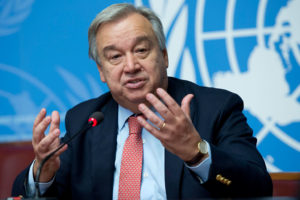 We, NGOs, represented at the 61st session of the Commission on the Status of Women, congratulate you on your appointment as Secretary-General of the United Nations. We also wish to thank you for your commitment to promoting gender equality and the advancement of women worldwide.

The most recent UN Women Progress of the World’s Women publication reported many advances in the status of women around the world. If Agenda 2030 is successfully implemented, we can expect these advances to accelerate. However, Excellency, as you are aware, the results are uneven. As we pause to assess the progress of gender equality worldwide at the 61st Session of the Commission on the Status of Women, the political panorama before us is one of great turmoil. Millions of women and girls have been impoverished and displaced due to environmental disasters and conflict. Protections fall short in upholding the rights of migrants and refugees — the majority of whom are women and girls. Corrupt economic systems continue to exploit the poor and weak for the benefit of the few. And most disturbing, a variety of forms of backlash against women’s rights are threatening the progress that has been made. This trend is building momentum so that women and girls around the world struggle to have their voices heard and respected.

Excellency, we are waging a battle alongside your efforts, to achieve a peaceful and prosperous world, one in which all members of society have the opportunity to live a life with justice, human rights and dignity. While current financial and political trends continue to hamper our efforts, we draw courage and hope from our long-standing relationship with the United Nations. We recognize that strong mutual support has propelled substantial progress for girls and women of all ages.

We remember that when many governments would not listen, women raised awareness at the UN about domestic and other forms of violence against women—an issue that for centuries was shrouded in secrecy and shame. Through the UN conferences– and in the interim, supported by UN agencies like UNFPA, UNICEF, ILO, WHO and UNIFEM-we were emboldened to work to end violence against women in all its forms.

The UN has also benefited from women’s advocacy and human rights work that engage millions of women, men, boys and girls worldwide, and provides services at the grassroots. Twelve years ago, the growing importance of work on women’s rights led NGO representatives at the CSW to form the GEAR (Gender Equality Architecture Reform) campaign that resulted in the creation of UN Women.

The UN also counts on our partnership to achieve progress on the Sustainable Development Goals, Security Council resolution 1325 and its follow-up resolutions, the Paris Agreement on climate change, the Addis Ababa Action Agenda on financing for development and many more areas of work critical to the UN.

In this spirit of solidarity, we gratefully acknowledge your leadership to achieve gender equality and women’s empowerment for women and girls-in all our diversity by age, race, ethnicity, religion, sexual orientation and gender identity, physical ability, socio-economic, cultural and political status and as indigenous people. We applaud your work to end sexual violence during conflict and efforts toward peacekeeping. We fully support your statement that “gender parity is a must” at the UN, which we understand includes hiring, promotions and appointments when setting up task forces and committees. We commend you on your appointment of strong women leaders and support for our work at CSW. We stand behind you for zero tolerance of sexual harassment in the workplace and a gendered approach to budgeting –particularly in difficult financial times. We, therefore, call on governments, the private sector, foundations, civil society, the media and all stakeholders to fully support the work of the United Nations. Together, we can raise the standard of gender equality for communities around the world.

In turn, we ask the UN to strengthen its commitment and support so that feminist and women’s movements can continue to have a strong, multi-cultural voice at the United Nations and that women’s and girls’ rights continue to advance. We respectfully invite you to meet with us during CSW 61 for an open dialogue with women about their concerns in our troubled times and how to strengthen our partnership.

Please accept Excellency, the assurances of our highest regard,

……and many more signatories expected here.

Note: This document  will be presented to the UN Secretary-General during CSW 61.