Violence against girls:  the case of rural girl domestic workers in N’Djamena, Tchad 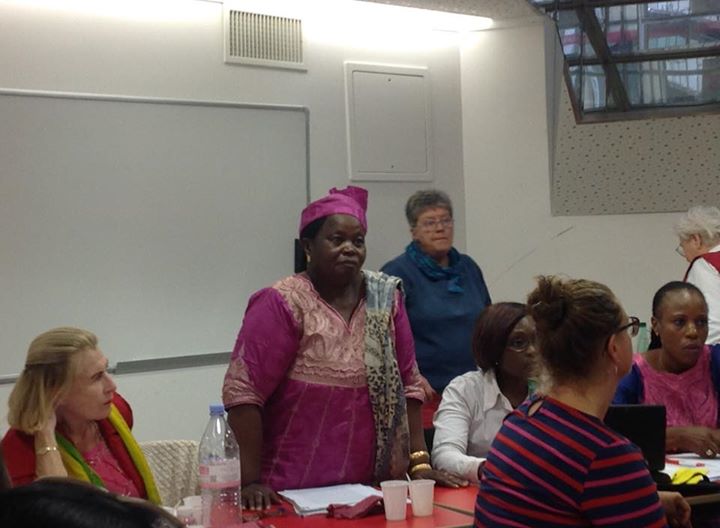 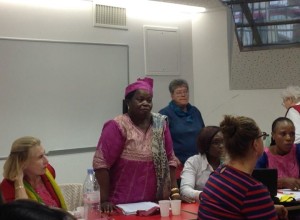 There are lots of types of violence against girls in Tchad, but those against rural girl domestic workers, especially in the Mandoul region, have attracted our attention.

Many young people from this area leave their surroundings, thinking they will find better conditions in the capital city. This group of workers, who we call “travailleurs au noir ” (workers on the black) or ” travailleurs de la rue 40″  (workers of 40th Street), a  well-off neighbourhood, is made up of girls and boys aged 12 to 25.  They spend their days fighting for survival and against attacks on their fundamental rights.

Rural domestic workers encounter lots of problems, one of which is  linked to reproductive health. As most of them are either not educated or have been out of school for a long time, they are exposed to all sorts of sorrows. They are victims of rapes at work, often resulting in unwanted, often unrecognized pregnancies.

Lodged in very small, ill-adapted places, they often live too many in the same room. This mingling is often the cause of unprotected sexual relationships with harmful consequences, such as early unwanted pregnancies and sexually transmissible illnesses (STI).

Girl domestic workers make their way to their place of work on foot and earn derisory wages varying from12OOO to 20000 FCFA ( about three times less than the SMIG – the legal minimum wage). Cooking, washing and washing up, they work six days out of seven from morning to night  or sleep six days out of seven at their boss’s house. Some work several months without being paid.  They can be fired without any social rights because they are recruited in an  informal manner and are  not declared.  It really is exploitation of woman by woman/man.

More shocking still is the case of the girls, who  are hired as domestic workers, get pregnant by their boss’s son,  the boss himself  or the boss’s relatives and are fired afterwards. Who will be the father of the child they will give birth to?

Those unmarried mothers, who are unable to return immediately to their village, get shelter with others in very difficult conditions, yet benefit from their solidarity.

Sometimes the situation makes them commit suicide, or illegal abortions, which may cause  sterility.

Not daring then to go back to their villages, those unmarried mothers continue to work sharing their time between the domestic  and the maternal work.

In spite of the calls made by associations, trade unions and a few local newspapers together with the awareness raising campaigns in favour of the ratification of convention 189, this situation is perpetuated and things are becoming worse and worse.

Girls are leaving their villages in the hope of having better life conditions and of returning home with some wealth, but unfortunately it is  the other way round for many of them.

Here  is a real problem of violation of rights which affects everybody, especially when we think of the children born in such conditions and whose fathers fail  to acknowledge  their obligations.

Two questions can be raised:

How can we help these rural girl domestic workers, victims of such violence, get out of their situation?

How can we keep rural girls in their surroundings, instead of seeing them expose themselves in the town of  N’Djamena?

The association of “Femmes Juristes du Tchad”,   which is dedicated to the protection of women and girls and is involved in many awareness raising programmes on violence against women, wants to reflect on this question and would like the International Alliance of Women to integrate this subject in  their programme and help them establish  a project, which they would like to present on the subject

This text briefly describes the situation suffered by these people.  This subject will be the object of a serious debate in due time.