In the words of UNFCCC Executive Secretary Christiana Figueres: “Women quite literally rocked COP 19.” Last year’s Doha COP 18 historic “miracle” decision on gender (23/CP.18) was just the beginning; COP 19 gave women’s groups more reasons to celebrate with a first ever in-session workshop on gender, climate change, and the UNFCCC. Gender equality language was incorporated across the Warsaw COP 19 Outcomes. The Subsidiary Body for Implementation (SBI) agreed to consider ways to strengthen gender balance, gender-sensitive climate policy and the effective participation of women in the work of bodies under the Convention and its Kyoto Protocol. Gender is on the agenda and the work will continue this year at COP 20 in Lima: proposals from parties include actions on capacity building, future workshops, establishing a work programme, and monitoring of gender balance, gender budgeting, and gender-sensitive climate policies.

It is not new that the climate in the UNFCCC negotiations halls is tense: the stakes are very high and the divide between developing and developed countries seems impossible to mend under the conditions of urgency and pressure. However at COP 19 in Warsaw, tensions reached new heights with delegates going on a hunger strike, walking out from the conference, and towards the end intensely working overnight in midnight negotiations sessions.

With the catastrophic super typhoon Haiyan (category 5), strongest storm to ever make landfall, ravaging Philippines at the start of COP 19, Climate Change Commissioner of Philippines Naderev Saño with tears in his eyes pleaded for a meaningful outcome in Warsaw. Joined by 200 supporters, Naderev Saño went on a hunger strike for the two weeks of the conference. At the closing of COP 19 Philippines dire statement was: “Every time we attend this conference, I am beginning to feel like that we are negotiating on who is to live and who is to die.”

At the COP 19, progress was essential to advance the new, universal climate change agreement to be adopted during COP 21 in Paris in 2015. However, resolve for climate change action now and ambition for reduction of emissions were challenging in Warsaw. The final language adopted was: ” To invite all Parties to initiate or intensify domestic preparations for their intended nationally determined contributions, without prejudice to the legal nature of the contributions.” The framework for measuring, reporting and verifying mitigation efforts is fully operational now, which represents progress towards accountability and a foundation for the new agreement.

Important outcome of COP 19 was the culmination of 7 years of work with the adoption of the Warsaw Framework for REDD+, aimed at reducing emissions form deforestation and forest degradation. The framework establishes means for results-based payments if developing countries can demonstrate the protection of forests, and includes safeguards for gender; backed by initial pledges from United States, Great Britain and Norway totaling USD 280 million.

Another key outcome of COP 19 and one of the most contentious issues was the establishment of the Warsaw International Mechanism for Loss and Damage to address losses and damages associated with long-term climate change impacts in developing countries; established under the Cancun Adaptation Framework, subject to review at COP 22 in 2016.

The Green Climate Fund (GCF) will be ready for capitalization in the second half of 2014 and will begin its initial resource mobilization process than. So far, the GCF includes USD 6.9 million donated by ten countries and a pledge of USD 40 million by the Republic of Korea. The negotiations over financing were contentious and many developing countries were concerned over pledges not materializing to realize developed countries’ commitment to mobilize USD 100 billion annually by 2020 to support developing countries in their climate change actions.

Addressing a meeting in Warsaw, Mary Robinson, former President of Ireland quoted Archbishop Tutu: “I am a prisoner of hope.” It is vital to remain hopeful and positive, because, as one of high level leaders in the negotiations told me: “Sometimes progress is invisible and then the magic happens.” IAW will continue to follow the climate change negotiations on the road to Paris in 2015, as it is crucial to ensure that that human rights and gender equality frameworks are included in the Paris agreement. 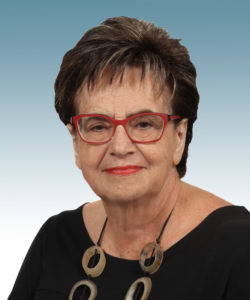 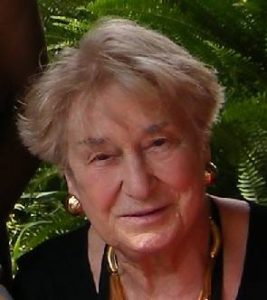