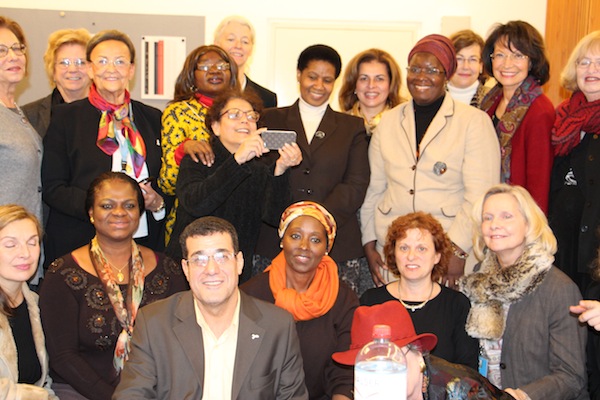 “We have to think of a very bold goal – one that can be destiny changing.”
UN Women Executive Director, Ms.Phumzile Mlambo-Ngcuka, on the post-2015 agenda 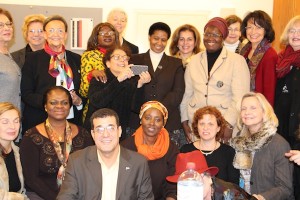 After concluding a two‐day conference in Geneva to support women’s participation and voice in the Syrian peace process, and before flying off to London for another pressing engagement, UN Women Executive Director, Ms. Phumzile Mlambo-Ngcuka, met  with members of NGO CSW Geneva for a first encounter and open  dialogue.

Personal goal: lifting women’s economic empowerment
UN Women’s overriding objective is to mainstream the priority areas within all UN agencies. Ms. Mlambo–gcuka’s personal goal for her term is to lift women’s economic empowerment: “given greater voice and empowerment, women are stronger in the fight against violence against women.” Rural women will, as a  result, be strengthened, as it is “necessary to start from the bottom to empower women.”

On the subject of violence against women, Ms. Mlambo-Ngcuka said that UN Women needs to strengthen its work in other hot spots around the world, such as Afghanistan and Pakistan.

CSW58 and MDGs
At present, UN Women is busy preparing for the fifty-eighth session of the Commission on the Status of Women (CSW58), which will take place at United Nations Headquarters in New York from 10 to 21 March   2014, and is, by all accounts, “the biggest event of the year.”

“We have to think of a very bold goal – one that can be destiny changing.”

Ms.Mlambo-Ngcuka culminated her remarks by saying that we need to identify a bold, transformative goal for women in the post‐2015 agenda. She appealed to civil society, as the experts on the ground, to lend expertise and give input in order to generate a complete picture of all of the issues impacting women.

Geneva Beijing+20 NGO Forum
The meeting ended with a very, fruitful, open and candid discussion including specific areas of support and  collaboration between UN Women and NGO CSW Geneva, as well as, UN Women’s participation in the Beijing+20 UN ECE Regional Review NGO Forum, which will take place in Geneva, 3-‐5 November 2014, and  will be hosted  by NGO CSW Geneva.