Why the Future of Economics and Economic Development Must Be Feminist 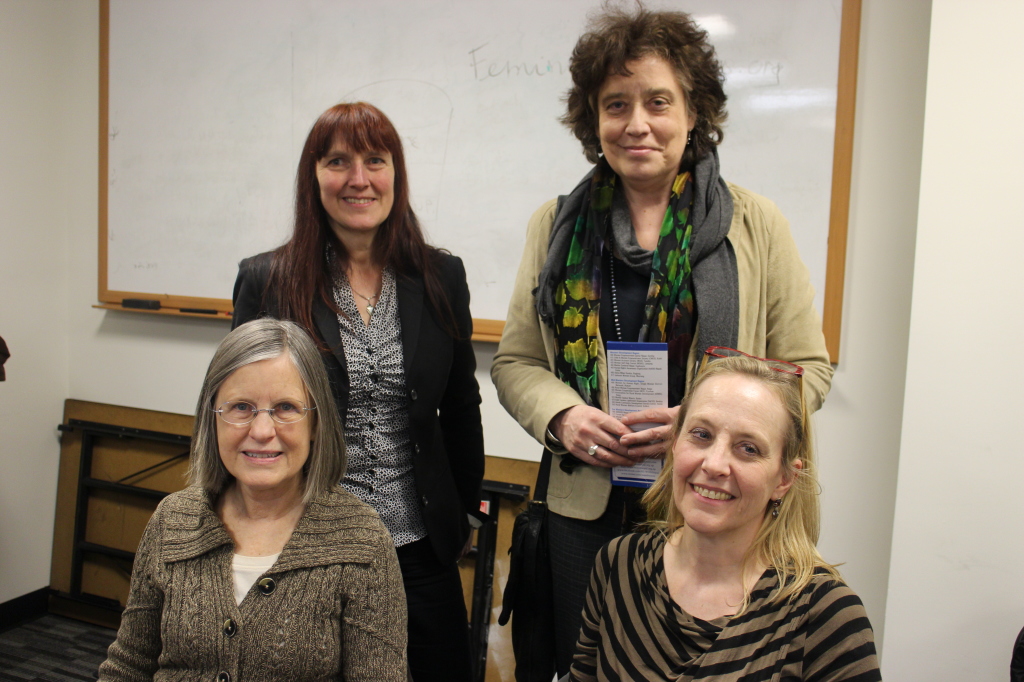 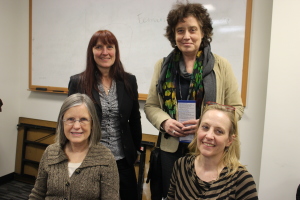 This side-event gathered a panel of feminist economists to reflect on how insights from feminist economics can inform policies and contribute to the realization of women’s social and economic rights.

Marilyn Waring‘s pioneer critique of the Systems of National Accounts for excluding women’s unpaid work and the value of Nature:  If Women Counted: A New Feminist Economics, published in 1988, in which she critizized the systems of national accounts for excluding unpaid work and nature, was used by many activists and feminist economists to mobilise and push for ”counting women” as part of the implementation of the Beijng Platform of Action in many countries and communities. A new book, co-edited by Margunn Bjørnholt and Ailsa McKay  Counting on Marilyn, Waring: New Advances in Feminist Economics, explores  the range and impact of Waring’s seminal book, over the quarter decade since its publication, which has been huge.

Today feminist economics has become an academic field of its own, which has become an important source of knowledge, methods and tools for policies and models necessary to end the economic discrimination of women. Unpaid household work is now to some account counted in time use studies and satellite accounts, but it still does not count in economic planning and mainstream economic models. Feminist economics, despite having become an academic field of its own, has not become part of the mainstream economics curriculum, nor does it inform economic policies in the way it should.  However, in Greece, in these very difficult times, a feminist economist, Rania Antonopoulos, has been appointed as the deputy minister of labor and social solidarity in Greece. In addition to a very critical economist Yanis Varoufakis, is now minister of finance.

This panel is inspired by the publication of the book Counting on Marilyn Waring, and it also a tribute to one of the co-editors Ailsa McKay, who very sadly passed away as the book was published in 2014 Ailsa made a remarkable contribution to the field of feminist economics, as well as to the Scottish society and to the world, literally making women count, through her combination of academic work and an active role in society.

She was a founding member of the Scottish Women’s Budget Group, of the European Gender Budget Network and the research group Women in the Scottish Economy WISE at Glasgow Caledonian University and the chairperson of the European chapter of the International Association for Feminist Economics (IAFFE).

Ailsa McKay taught us through her life, that economics and politics are not separate. She was incessantly campaigning for including gender into economic models and analyses, as well as for welfare reform, properly funded free universal childcare, and a citizen’s basic income for all – all as means to build a different and more caring world and to provide the evidence to ensure that ignorance would no longer serve as an excuse of the gender pay gap and the heavy incidence of austerity and welfare cuts on women.

Feminist economics emphasizes economic analysis and public policy whose aims are equity and wide-spread well-being, especially for the most vulnerable members of society. To achieve these goals, it is important to find an analytic starting point that illuminates the experience of women, welcomes their active participation in the construction of policy, and challenges narrow and economistic definitions of a successful development outcome. Feminist economists use a range of analytic methods; but they have been increasingly coalescing around a social provisioning approach that includes a number of methodological precepts that can be important in achieving an equitable, sustainable development process. The social provisioning approach includes caring and nonwage labor centrally in their analyses; makes well-being the definition of economic success; emphasizes human agency and processes as well as outcomes; recognizes the validity and importance of ethical judgments; and acknowledges differences by race, ethnicity, class, sexual orientation, and other factors along with gender.

Women and Gender are Core to the Field
By Edith Kuiper

This presentation makes the point that women and gender are core to the field of Economics. I discuss Feminist Economics as becoming more and more a specialized field of study of its own and the mainstream economic response to an increasing interest in gender issues; this against the background of the current developments in the STEM fields in which researchers are pressed by institutions such as N.S.F. and the European Research Council to support the increase the number of women in their fields. I report on and assesses this development in the US and in Europe, and explore its impact on the field of economic science.

Marilyn Power is a professor of economics at Sarah Lawrence College, BA, PhD, University of California-Berkeley. Special interests include economics of gender, race, and class; feminist economics; political economics of the environment; the history of economic thought; and macroeconomics. Author of articles in Feminist Studies, Review of Radical Political Economics, Industrial Relations, Feminist Economics, and others. Co-author of Living Wages, Equal Wages: Gender and Labor Market Policies in the United States (Routledge, 2002). SLC, 1990–

Jennifer Olmsted is currently Professor of Economics and Director of Middle East studies at Drew University. She recently also served as the Gender Advisor at the UN Population Fund (UNFPA). Her areas of specialization include gender, development, globalization, and labor economics. Her research interests include gender, labor markets, poverty and armed conflict, with a particular focus on how gender norms shape and are shaped by economic opportunities and challenges. Dr. Olmsted is guest editor of and also contributing author to a recent issue of Feminist Economics focusing on gender and economics in Muslim communities. Other recent publications include “Norms, Economic Conditions, and Household Formation: A Case Study of the Arab World,” in The History of the Family (2011), and “Motivated migrants: (Re)framing Arab women’s experiences,” in Women’s Studies International Forum (2012).

Edith Kuiper is Assistant Professor at the State University of New York at New Paltz (Ph.D. University of Amsterdam), co-editor of Out of the Margin. Feminist Perspectives on Economics (Routledge, 1995), Toward a Feminist Philosophy of Economics (Routledge, 2003), Feminist Economics and the World Bank (Routledge 2006), Feminist Economics, Critical Concepts (Routledge 2010), editor of Women’s Economic Thought in the 18th Century (2014), and author chapters in books and articles among which “Invisible Hands. Adam Smith and the Women in his Life,” in Adam Smith Review 7 (2013).

Margunn Bjørnholt is a sociologist and a senior researcher at Policy and Social Research, Norway. She has published widely on topics including work, family and gender equality, men and masculinities and financial institutions. She was co-editor of Counting on Marilyn Waring. New Advances in Feminist Economics, co-edited with Ailsa McKay, Demeter Press (2014). 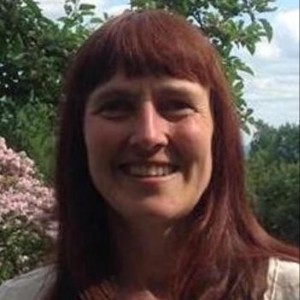