Why the Panama Papers are a feminist issue 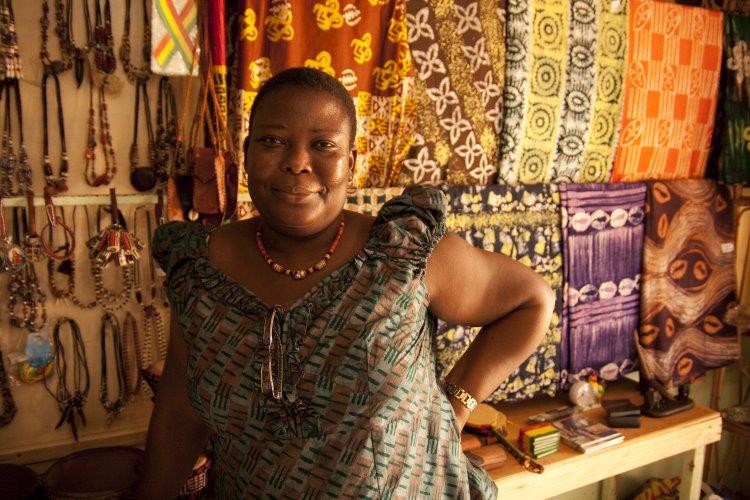 The world is talking about tax this week, so here’s another tax story for you. Asana Abugre has a small shop in Accra, Ghana where she makes and sells batiks and tie-dyed textiles. Asana pays her taxes regularly. Women  like her, working in markets across the city, sometimes pay up to 37% of their income in tax. Tax collectors come to their shops to collect taxes, and there is no chance of them not paying, regardless of how little money they might have made that day.

Of course, this isn’t the tax story that everyone’s been talking about. The release of the Panama Papers by the International Consortium of Investigative Journalists is the biggest data leak in history, and this time it’s some of the world’s most powerful people who have cause to worry, with the spotlight finally falling on their own secretive tax arrangements.

But the two stories are linked. When those at the top of the economic pyramid find ways to pay little or no tax, the impact is felt hardest by those at the bottom – people like Asana.

If you look at the names of politicians and business leaders in the leaked documents you will see that those benefiting from using tax havens are overwhelmingly male. This perhaps reflects the fact that positions of power are currently mostly held by men. On the other hand, we know that those who are worst impacted by the consequences of tax dodging are the world’s poorest, who are disproportionately women and girls. Financial secrecy and tax dodging, and the resulting lack of public funds, threatens women’s and girl’s access to public services, increases the care work they do for free and shifts the tax burden onto those who can least afford it.

The Panama Papers provide further evidence of the scale of global tax dodging, and of its impact on poverty and inequality, particularly in the global south. Tax havens are estimated to be costing poor countries at least $170bn in lost tax revenues every year.  This is essential money which could be paying for schools, hospitals, childcare or services to address violence against women.

The realisation of women’s rights is not going to be achieved for free. UN Women have analysed country action plans on gender equality and found that some are facing a shortfall of up to 90% in the funds needed to achieve their goals. This is why the Panama Papers should be a primary concern for feminists around the world.

And it’s not just Panama. Recently the Center for Economic and Social Rights prepared a submission to the United Nations body tasked with scrutinising compliance with women’s rights’ treaties. It highlighted the extraterritorial impact of Switzerland’s opaque financial legislation on the rights of women, especially in developing countries.

Financial secrecy and tax avoidance is a feminist issue for at least three reasons. Firstly, when governments cannot raise enough revenue from wealthy individuals and corporations they tend to hike indirect taxes, such as VAT, which affect those on lowest incomes – disproportionately women who, due to their gender roles, are tasked with balancing house budgets.

Secondly, a loss of revenue has a disproportionate impact on women and especially women living in poverty who can benefit the most from well-funded public education, healthcare and social protection, but who are generally the first to miss out when these essential services are not free at point of use, and when families therefore have to make terrible choices about which family members are to be given priority.  Tax dodging starves countries of the funds that they desperately need –  meaning girls who should be in school are not, and mothers who should have healthcare for themselves and their children do not. For example an oil company paid Mossack Fonseca to try and help it avoid US$400 million in taxes in Uganda. This is more than the entire Ugandan health budget.

A third and fundamental reason is that those shifting and hiding their wealth, whether they are individuals or companies, are failing to pay back into the ‘care economy’ – the people who produce and reproduce the workforce of today and tomorrow. Women and girls are carrying out over 75% of this work, mostly unrecognised and unrewarded. Although the richest benefit from this – they have a supply of workers who are educated, healthy, fed and watered – they are failing to pay into tax systems which can redistribute the responsibility and costs through funding public services and social protection. And evidence shows that when these services are cut back or never invested in it is women who pick up even more of the slack and increase the amount of hours they spend caring for others, depriving them of time for study, paid work or rest.

Unfortunately this message on the centrality of tax justice for women’s rights is not reaching decision makers. Recently at the Commission on the Status of Women, a draft UN agreement encouraged member states to ‘increase domestic resource mobilization by implementing progressive tax systems that fully integrate gender equality objectives,’ and ‘shift the tax burden to groups with higher incomes, and by ensuring that corporations, the financial sector and extractive industries pay their fair share’. However, by the end of negotiations ,this call had been much weakened.

Our ambition is not, of course, to get to a point where there are as many female as male billionaires able to dodge taxes. Instead, we must fight for a fairer economy and a better politics in which both extreme poverty and extreme wealth are consigned to the history books, and in which women and men have equal decision-making power at all levels. To paraphrase Canadian Prime Minister Justin Trudeau, it’s 2016 and any other suggestion is ridiculous.   All our leaders – women and men – need to urgently prioritise women’s rights and economic justice – this means ending a tax system which allows the richest to escape paying what is fair, and enables the investments which gender equality urgently needs.